The 5-Story Building Model: An Introduction 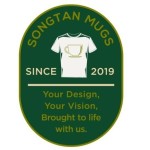 The 5-Story Building model was conceived by author Dr. Claud Anderson and focused on giving the Black community a systematic approach to economic empowerment. I will pen a series of 6 articles based upon his approach. Before diving into this hefty topic, I would like to recommend several books that Dr. Claud Anderson has written:

Now, what is the 5-Story Building model?

The model is a series of foundational components that build on one another in order for a group to secure resources and influence that are used for the betterment of their community. When you don’t own and control any resources, you have little to no power and influence to demand the actions that you want to be taken. This lack of resources forces you to depend on other groups to advocate for you; therefore, placing your group in a dependent class instead of an independent class. When the 5-Story Building model is effectively put into action by a group, this group can, over time, amass the resources and influence needed to elevate them to an independent class. This also puts them in a better position to compete or negotiate economically with other groups.

The model is made up of five floors, where each level subsequently lays the foundation for the next. The first floor is economics, the second is politics, the third is justice, the fourth is media, and the fifth and final floor is education – I will break down each of these during this article series. For the higher levels to function properly, the floors underneath it must be strongly established. So, the first floor, economics, supports floors two through five in this model. Therefore, if your economics are bad, the whole building will be bad, like an abandoned apartment building in the ghetto.

Why use this model in South Korea?

Let’s first establish some basics in order to apply Dr. Anderson’s economic model to South Korea, where Black Lives Matter Korea is working for economic change. Because there is little data available on the racial diversity in Korea, I am using available data from the US and Korean immigration services to make the assumptions necessary for this model example. There are over 2.5 million foreigners that live in Korea, and about 156,892 of that number are from the US. These numbers do not include the United States Armed Forces’ community. With Black people accounting for 13.4% (43.9 million people) of the US population and Americans counting for 4.9% of the foreign population (156,982 people) in South Korea, and assuming that all peoples from the US immigrate to Korea at the same rate, there are about 21,036 Black Americans who have immigrated to Korea. We will estimate that each one of those people has an average income of 2,500,000 won per month. This totals into a substantial about of money earned and spent within Korea, making it an opportunity to establish a sustainable community.

Stay tuned for the next article where, based on these assumptions, I will talk about the 5-Story Building economic empowerment model tailored to Black people living in Korea.

4 thoughts on “The 5-Story Building Model: An Introduction”