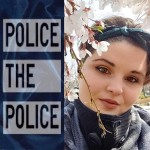 So you want to join a social movement like Black Lives Matter, but you don’t know where to start? Researching topics and engaging in conversations can become confusing if one is not well versed in the movement’s history and rhetoric. This is by no means a complete glossary of terms, as the language of the movement changes as quickly as the events that inspire them. This glossary is to serve as a tool for novice and experienced readers to navigate articles and quickly locate unfamiliar terms. In it, you will also find a list of key terms in Korean to help facilitate Korean-language discussions.

ACAB – All Cops Are Bastards/Bitches. This is commonly used during Black Lives Matter protests as well as in art. It is also represented Alpha-Numerically as 1312.

HBCU – Historically Black Colleges and Universities. Founded to provide higher education to Black people beginning in the early 1800s. There are currently over 100 public and private HBCUs.

NAACP – National Association for the Advancement of Colored People

NJNP – No Justice, No Peace.

Ableism – The idea that a person with disabilities is inferior or a non-contributing member of society.

Abolitionist – a person who favors the abolition of a practice or institution, especially capital punishment or (formerly) slavery.

Accomplice – A person who actively engages in or supports Black, Indigenous, and People of Color civil disobedience efforts to disrupt the status quo in an effort to help BIPOC-centered initiatives.

Accountability – Holding a group responsible for actions taken in the past and taking steps to prevent these actions from happening in the future.

Activist – A person who campaigns for social or political change.

Actor – A person who engages in performative actions to show support. They engage when it is comfortable or convenient for them and are not consistent in their efforts.

Affirmative Action – An active effort to improve the education and employment opportunities for an oppressed minority group.

Ally – A person who engages in activities and conversations centered around a minority group in an attempt to amplify the minority’s voices. They engage in uncomfortable situations and continuously educate themselves on the movements and rhetoric of activist groups.

Anti-Racism/Anti-Racist – An idea or action that directly confronts and actively opposes racist ideals and rhetoric.

Appropriation – Adopting or idolizing cultural items or practices from a minority and employing them outside of their traditional cultural use. Appropriation exploits these practices while criticizing or continuing to oppress the minority from which they originated. For example Dreadlocks, Native Headdresses, and Cinco de Mayo.

Becky/Brad/Chad – A white person usually in their 20s who is unaware of their own white privilege and prejudices against racial minorities.

Bigot/Bigotry – Being prejudiced against a particular minority.

Blackface – dark makeup worn (as by a performer in a minstrel show) in a negative caricature of the appearance of a black person.

Black Lives Matter – Black Lives Matter is a civil rights group with global centers in the USA, Canada, and UK. The group originated in 2013 in response to the continued oppression and abuse of Black communities by law enforcement.

Cancel Culture – A form of “disposability culture,” where once “disposes of” or “cancels” individuals, companies, or products that are in conflict with a movement’s goals, or values.

Care Economy – Economy that is centered around the labor of women and their contribution to maintaining the economy through unpaid labor. This term is used when addressing government cutbacks on social programs or funding inadequacies on the provision of basic social services that add to the burden of women’s unpaid work. – Feminist Movement Builders’ Dictionary

Caucasity – Bold actions taken by white people that are seen as absurd or racist. Another term for white privilege.

Caucus – A group or organization that operates to create a space for people to work within their own racial/ethnic groups in order to address community-centered issues without interference from outside prejudice or oppression.

Classism/Classist – Differential treatment based on social and economic class (ie. socioeconomic status/SES.) This can range from housing and education opportunities to equal access to health care and over-policing of neighborhoods.

Colonization – The act of invasion, dispossession, and/or subjugation of a people and their lands.

Colorism – “This is another kind of prejudice, in which someone believes one type of skin tone is superior or inferior to another within a racial group.” – Lumen

Diaspora – “The voluntary or forcible movement of peoples from their homelands into new regions” as during the Atlantic slave trade. – Ashcroft, Bill, Gareth Griffiths, and Helen Tiffin. Key Concepts in Post-Colonial Studies

Decolonization – Active resistance against colonial oppression while shifting power back to the people of the original nation.

Defund the Police – A movement to divert excessive police force funding into social programs to de-escalate dangerous situations in a non-violent manner.

Discrimination –  “This consists of actions against a group of people. Discrimination can be based on age, religion, health, and other indicators; race-based laws against discrimination strive to address this set of social problems.” – Lumen

Divest – To deprive a person, company, or group of property, economic privilege, social privilege, or power.

Equality – A state of being equal and the same regardless of individual group needs.

Equity – A state of being fair while addressing individual group needs to achieve equality.

Expatriate/Expat – A person who lives outside of their native country.

Food Apartheid/Food Justice – The segregation of equal access to quality food based on the racial demographic of the neighborhood. – Karen Washington

Gentrification – The process of renovating a neighborhood to make it more appealing to middle-class occupants, therefore increasing the cost of living in the area and forcing out the original occupants.

Genocide – The systematic destruction of a people due to ethnicity, religion, or nationality.

Homophobia – Encompasses a range of negative attitudes and feelings toward homosexuality or people who are identified or perceived as being lesbian, gay, bisexual, or transgender.

Hate Crime/Speech – An action or statement that targets a minority group due to racism or prejudice. This is intended to create fear in the community.

I Can’t Breathe – Protest rhetoric. The phrase originates from the last words of Eric Garner, an unarmed black man who was killed in 2014 after being put in a choke hold by New York City Police. A number of other African-Americans, such as Javier Ambler, Manuel Ellis, Elijah McClain, and George Floyd have said the same phrase prior to dying during law-enforcement encounters.

Implicit Bias – An unconscious or hidden bias toward a group of people. This is usually due to social conditioning and influences the individual’s behaviors towards someone.

Immigrant – A person who comes to live permanently in a foreign country.

Internalized Oppression – When patterns of mistreatment of racialized groups and acceptance of the negative messages of the dominant group become established in cultures and racialized group members assume roles as victims.

Intersectionality – The experience of the interconnected nature of ethnicity, race, creed, gender, socio-economic position etc., (cultural, institutional, and social), and the way they are embedded within existing systems and define how one is valued.

Jim Crow – Jim Crow laws were state and local laws that enforced racial segregation in the Southern United States. These laws were enacted in the late 19th and early 20th centuries by white Democratic-dominated state legislatures to disenfranchise and remove political and economic gains made by Black people during the Reconstruction Period.

Karen/Ken – A middle-aged White person who behaves in an entitled aggressive manner. They will exploit their white privilege to achieve their goal.

Lateral Aggression – Displaced aggression against one’s peers rather than against adversaries. ie. Black on Black crime.

Macro-aggression – A large scale or overt aggression toward those of another race, culture, gender, etc.

Marginalized – A group of people who are ignored, excluded, or regulated to the outskirts of society.

Microaggression – The everyday verbal, nonverbal, and environmental slights, snubs, or insults, whether intentional or unintentional, which communicate hostile, derogatory, or negative messages to target persons based solely upon their marginalized group membership.

Minority – A group of people who have limited access to social, political, or economic power due to systematic oppression. This is due to limited population numbers or oppression.

No Justice, No Peace – Protest rhetoric, meaning there can be no peace without justice for Black people.

Oppression – The subjugation of one group by another group to benefit the second socially, politically, or economically.

Patriarchy – The norms, values, beliefs, structures and systems that grant power, privilege, and superiority to men, which thereby marginalizes and subordinates women.

People/Person of Color – A group of people who do not identify as white.

Prejudice – A preconceived or negative assumption about someone due to their race, nationality, gender, or sexual orientation.

Privilege – To be afforded benefits that others are denied due to social or economic status. These are often unearned and attained at the expense of oppression.

Queer – An umbrella term used for gender and sexual minorities.

Racism – Intrapersonal (internalized), interpersonal, cultural, and institutional behaviors that create different outcomes for different racial groups. This manifests as advantages for white people, and oppression and disadvantage for people from groups classified as People of Color.

Racial Profiling – Any action undertaken for reasons of safety, security, or public protection that relies on assumptions about race, color, ethnicity, ancestry, religion, or place of origin rather than on reasonable suspicion in order to single out an individual for greater scrutiny or differential treatment.

Reparations – Actions or initiatives taken to make amends for injustices inflicted on a particular minority group. This can be in the forms monetary compensation, communal rehabilitation, and acknowledgment of the group’s right to redress.

Segregation – The social, physical, political, and economic separation of diverse groups of people, based on racial or ethnic groups. See Jim Crow Laws.

Solidarity – To show support for a group of oppressed individuals or those experiencing hardships.

Stereotype – A fixed and oversimplified preconceived notion about a particular group of people that can be positive or negative. When stereotypes are acted upon, they become discrimination.

Structural Racism – Structural or Societal Racism pertains to the ideologies upon which society is structured. These ideologies are inscribed through rules, policies and laws, and represent the ways in which the deep-rooted inequities of society produce differentiation, categorization, and stratification of society’s members based on race.

Systemic Racism – This is an interlocking and reciprocal relationship between the individual, institutional, and structural levels that function as a system of racism. These various levels of racism operate together in a lockstep model and function together as a whole system.

Tolerance – To “put up with” someone’s race, religion, sexuality, gender, etc. that is different than one’s own.

Transformative Justice – Transformative justice [is] a theory and approach to violence [that] seeks safety and accountability without relying on alienation, punishment, or systemic violence such as incarceration or policing.

Trigger –  A term used to describe sensations, images, or experiences that trigger a traumatic memory or response.

Visible Minority – A person who is not visibly white.

White Fragility – Per Robin DiAngelo, white fragility is “a state in which even a minimum amount of racial stress becomes intolerable [for white people], triggering a range of defensive moves. These moves include the outward display of emotions such as anger, fear, and guilt, and behaviors such as argumentation, silence, and leaving the stress-inducing situation. These behaviors, in turn, function to reinstate white racial equilibrium.”

White Privilege – Unequal and unearned advantages afforded to white people due to the oppression of racial minorities.

Manager of an English Kindergarten. In My spare time I write for BLM Korea Media. I am also the former English Language Coordinator and Senior Tour Guide for the House of Sharing, a museum dedicated to the lives of the women who were Sex Slaves for the Japanese military. I transferred this knowledge to the War and Women's human rights Museum in Mapo-gu, Seoul. I am currently studying Indigenous heritage and history.

The Black Experience in Korea: The Moment I Woke Up